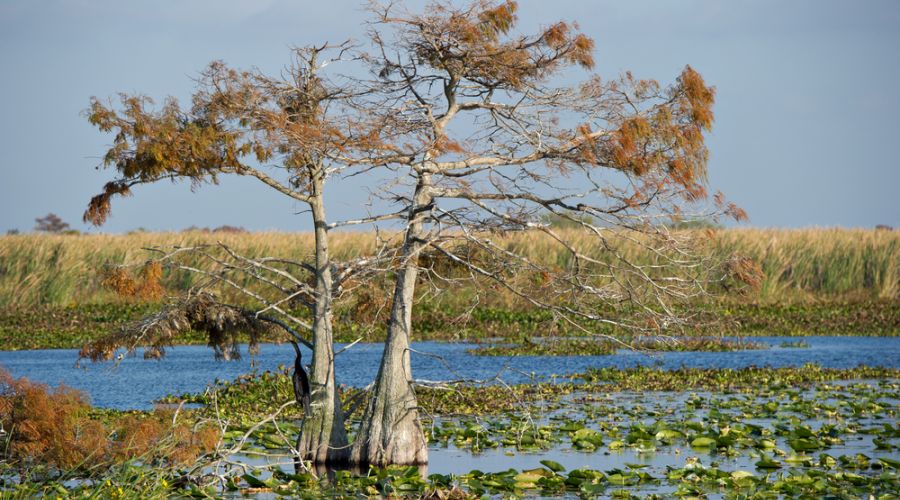 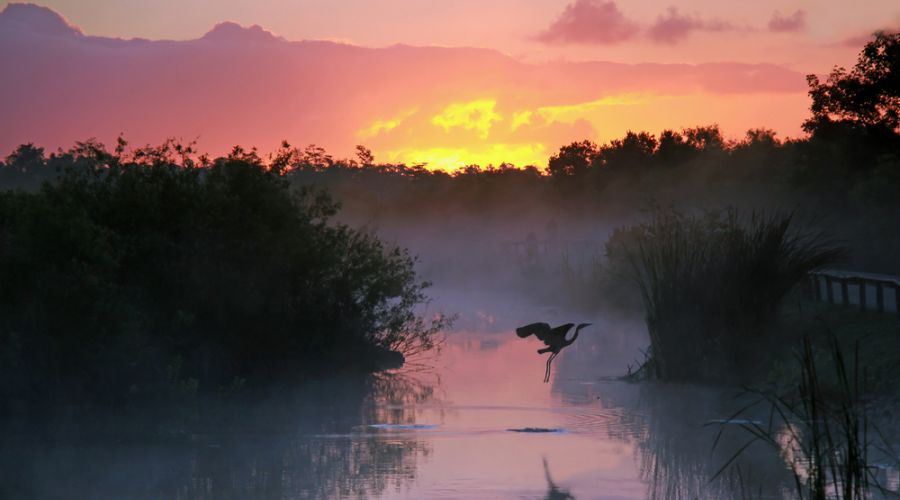 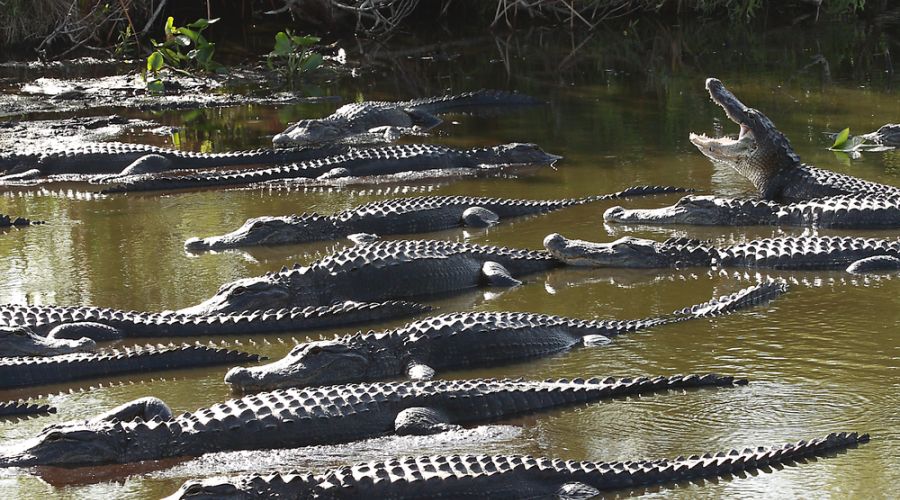 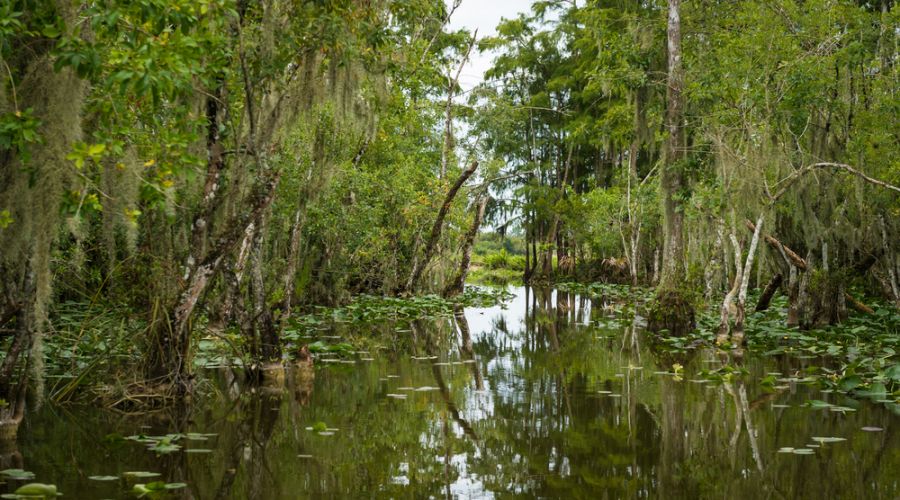 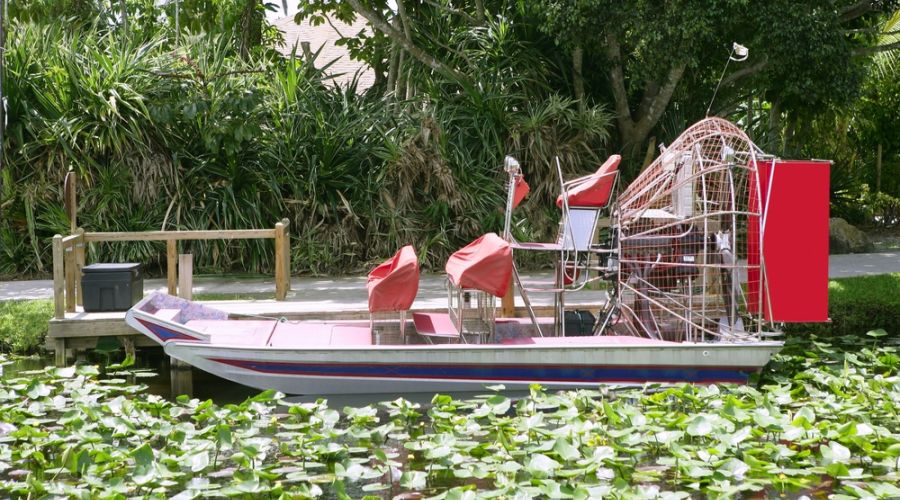 Everglades National Park  is located in Florida.  The Everglades are a network of wetlands and forests that features a river fromLakeOkeechobee that flows .25 miles (0.40 km) per day.

You are invited to discover and explore Yellowstone National Park and learn what makes it one of North America’s Seven Wonders of Nature.

Statistically speaking, Everglades National Park is the largest tropical wilderness in North America.  It is one of only three wonders of nature that have received the declaration as International Biosphere Reserve, a UNESCO World Heritage Site, and a Wetland of International Importance.  It was the first national park established for the purpose of protecting a vulnerable ecosystem.

The Everglades National Park is home to the largest mangrove ecosystem in the western hemisphere.  The Everglades also has the distinction of being the slowest river flowing at a rate of .25 miles (.40 km) a day.

What are the best ways to see and experience Everglades National Park?

The easiest way to experience Everglades National Park is by car driving through the park and capturing the serenity of the wetlands.

However the best way to experience Everglades National Park is by taking a tour on an air boat that can glide across the river and grasses and reeds that rise above the water.  The air boats also allow visitors to get closer to the wildlife if it is not scared away.

The national park has created a number of boarded walkways that allow visitors to get out an hike through the Everglades.  There is an elevated overlook that allows visitors to look down into the river or riverbed and observe alligators.  This is more popular during the dry season because alligators congregate in this area because of remaining pools of water.

The two primary parts of the park are easily accessible by car and provide travelers with opportunities to engage the nature the Everglades has to offer.

When is the best time to visit Everglades National Park?

The best time to visit Everglades Naitonal Park is during the months of November through May.  This is the dry season with comfortable temperatures combined with sunny and breezy days.  More importantly, the mosquitoes are absent during this time of year.  The water levels are lower attracting the birds for the bird lovers to see and the alligators are congregated in specific areas making them easier to find and see.

The summer months are the time to avoid Everglades National Park.  The temperatures are hot and the climate is humid, but more importantly the mosquitoes are out in full force.  Some people argue that what is even worse is the bugs called “no see-ums” which bite and annou even more than mosquitoes.  One of the things that makes them worse is that you cannot see them to even swat them away.

The weather for Everglades National Park does not vary much weather wise.  The summer months of June through October are hot with highs reaching 93 to 95oF (33 to 35oC) during June, July, August and September.  The rest of the year features temperatures in the low to mid 80s (mid upper 20s C).

June through September is also the rainy season with rainfall ranging from 6 to 8 inches a month. August is the frequently the westtest month.  These conditions usher in the mosquitoes and other annoying bugs.

Photographers should plan for a mid to long range telephoto.  Wildlife, including birds and alligators often draws the need for a long lens.  Higher ISOs will provide you with the ability to capture wildlife easier as it moves or flies.

If you are a photographer and you have tips or insights for capturing images at Everglades National Park, please submit them to Seven Wonders through the Contact page.