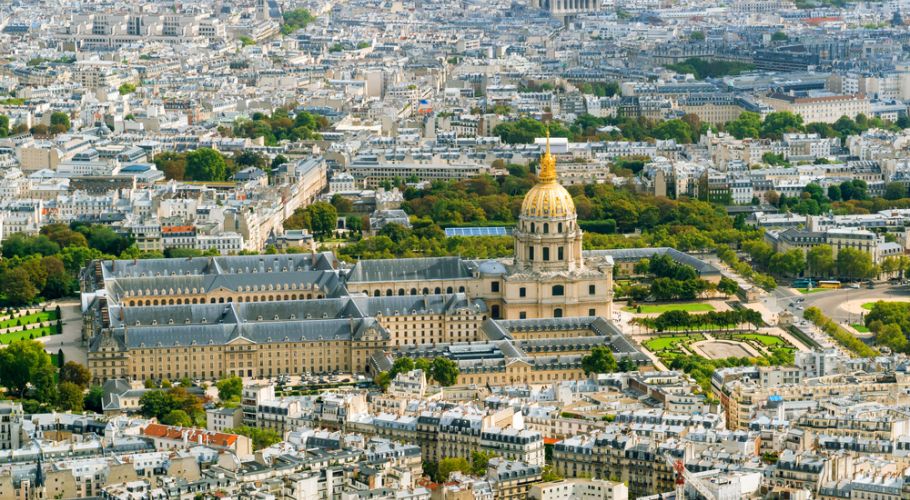 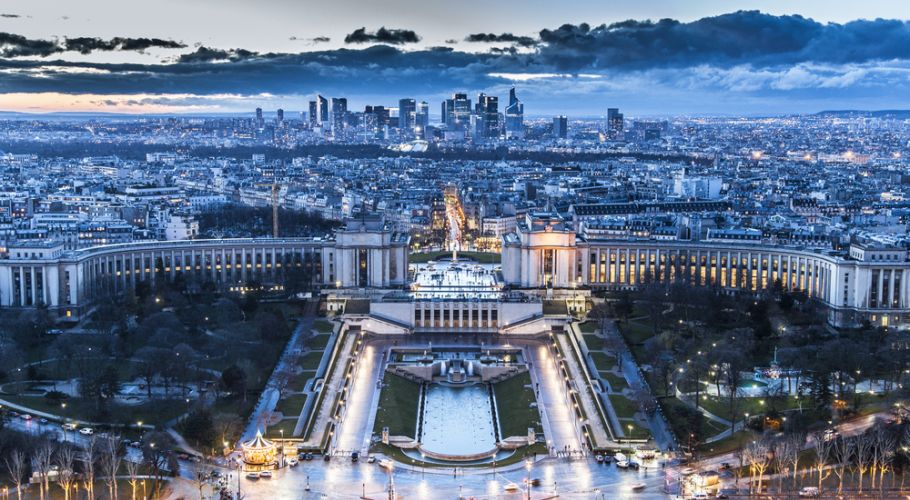 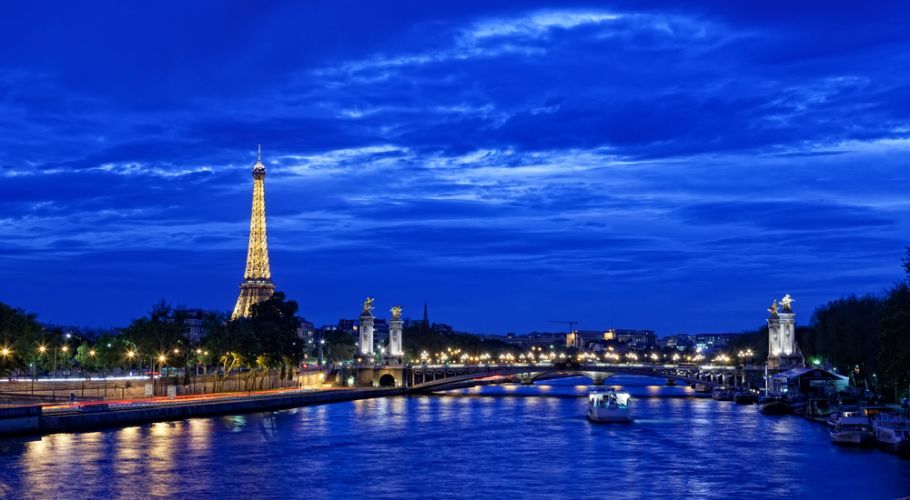 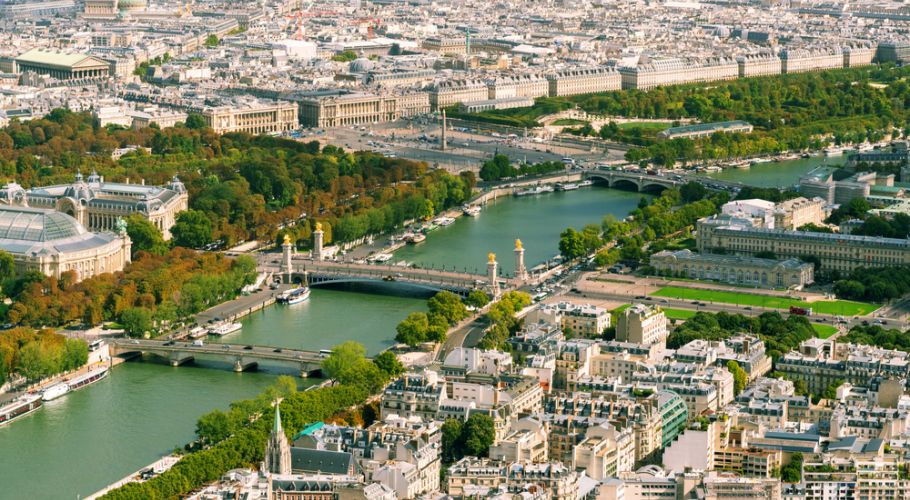 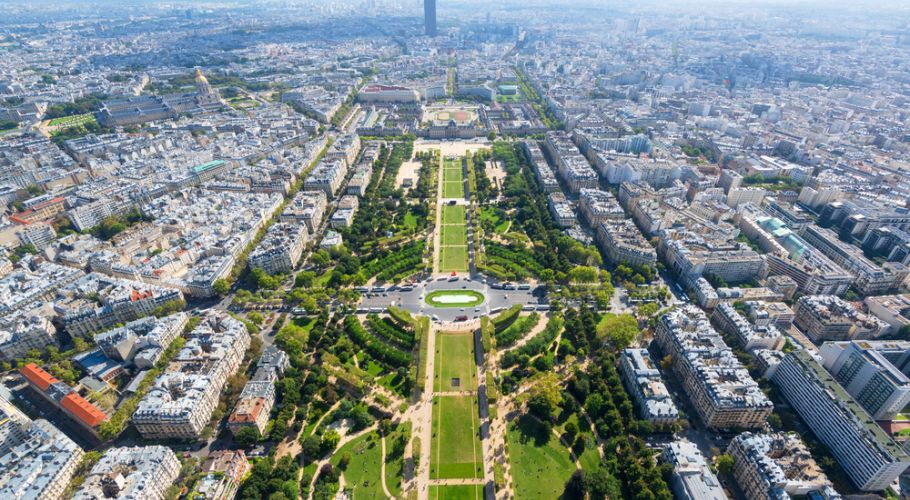 The first inhabitants of the city are dated back to 7500 BC.  Then name “Paris” comes from the historical residential Celtic tribe group known as the Parisii, with the early name being Lutetia of the Parisii or Lutetia for short.  Julian the Apostate renamed the city to Paris in the early 360s.

Paris is located just north of the center of the country on the Seine river.  The city sprawls widely on both sides of the river.  It is one of the most densely populated cities in the world.

It is a renowned global city with significant influence in media, fashion, the arts and entertainment making it a cultural epicenter.

Paris is a commune or municipality administered city with 20 different arrondissements (municipal districts).  Each arrondissement has its own mayor and town hall.

Paris features over 420 municipal parks and gardens with Tuileries Garden and Luxembourg Garden being two of the oldest and most famous.  Bois de Boulogne, Bois de Vincennes, Parc Montsouris, and the Parc des Buttes-Chaumont are four parks were four parks commissioned by Napoleon III at the four points of the compass surrounding the city.

Paris is home to an abundance of iconic landmarks that are arguable candidates for the Seven Wonders of France or Europe in their own merit.  These landmarks are recognized globally.

Paris features 270 miles (440 km) of bicycle pathways.  The city also provides Velib, which is a bike-sharing program.  This program distributes 20,000 public bicycles across 1,800 parking stations, which are made available for rental.

Paris is one of the most multi-cultural cities in Europe with 23% of the population outside the country.  Altogether, 20% of the city’s population is first generation immigrants with 40% of children having at least one immigrant parent. Approximately half of the residents of Paris were not born in the city metropolis.

Paris has one of the world’s largest gross national product (GDP) at over 840 billion.  Paris ranks 6th in the world for GDP.  La Defense is the largest dedicated business district in Europe.

Paris is home to 30 of the worlds Fortune 500 companies.  The economy of Paris is highly driven by finance and IT services along with manufacturing of electronics, aerospace and others.

The city features four different international airports, with Paris Charles de Gaulle being one of the busiest in the world.  It is also home to the country’s flagship carrier Air France.

There are 74 public libraries in the city with the Forney Library committed to decorative arts.

Paris has long stood as a renowned city for the arts attracting artist from around the world.  The city is so much an epicenter for art that it has garnered the nickname, “City of Art.”  Pablo Picasso and Vincent van Gogh used Paris as the home of their artistic production.

The Louvre is probably the most famous art museum in the world with the distinction of being the world’s most visited art museum.  Although the Louvre is the most renowned, Paris is home to hundreds of art museums.

The Hunchback of Notre Dame, The Three Musketeers, The Count of Monte Cristo, and Les Miserables are just some of the iconic works featured in Paris.

Paris also serves as the birthplace of gypsy jazz.

Similarly, Paris is the epicenter of fashion, so much so that it has garnered the nickname, “international capital of style.”  The city competes with New York, London and Milan as the foundation for fashion.

Sports are a prominent part of the culture and character of Paris.  Leading sports include football, rugby and basketball.  The city has hosted 2 Olympics, 2 FIFA World Cups, and the Rugby World Cup once.

The Tour de France varies in starting locations with races occurring throughout France, however the finale always concludes in Paris.

Paris is also home to the French Open, which is one of tennis’ four Grand Slam events.  The event is held at the renowned red clay Roland Garros National Tennis Centre.

Paris is home to two respected newspapers including Le Monde and Le Figaro.  Furthermore, Agence France-Presse is the country’s oldest and one of the world’s oldest functional news agencies.

At least 12 television stations are based in Paris including the country’s number one viewed network TF1.