Most people contemplating a trip to Africa imagine safaris and excursions that create opportunities to experience the array of wildlife spread out across the continent. The country of Botswana could be argued as one of the capitals for wildlife encounters featuring three different wonders that a lot for the potential to see all of Africa’s Big 7.When you consider the wonders of Botswana, wildlife and nature top the list of attractions for the country. It is hard to find travelers who plan a trip to Botswana who do not have expectations to see an abundance of animals both in number and variety. Botswana has it all. 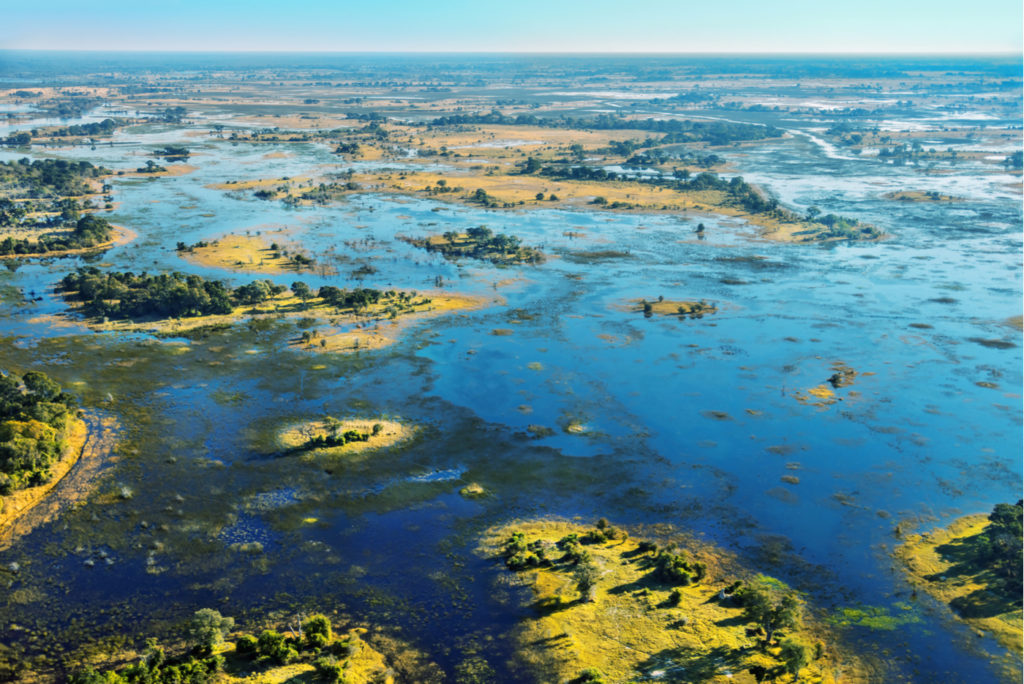 As one of the 7 Natural Wonders of Africa, the Okavango Delta is Botswana’s leading attraction. This inland delta is formed along the Okavango River and extends across an area of 5,791 square miles (15,000 sq. km) creating one of Africa’s largest inland deltas.

Approximately 2.6 cubic miles (11 cubic km) of water cover the delta grasslands creating one of the most fertile and wildlife abundant areas in Africa. The Okavango Delta provides visitors with an opportunity to experience lion, leopard, elephant, hippos, crocodile, rhinos, and the buffalo rounding off Africa’s Big 7.

Additional wildlife opportunities include: cheetah, hyena, kudu, giraffe, zebra, warthog, baboon, vervet monkeys, wildebeest and sable antelope. One of the highlights is one of Africa’s greatest populations of Cape wild dogs. There are over 400 species of birds for the bird watchers.

The Okavango Delta was also established as the 1,000th official UNESCO World Heritage site. Wildlife and nature enthusiasts should not be shy in establishing Okavango Delta as top destination in Africa to experience. 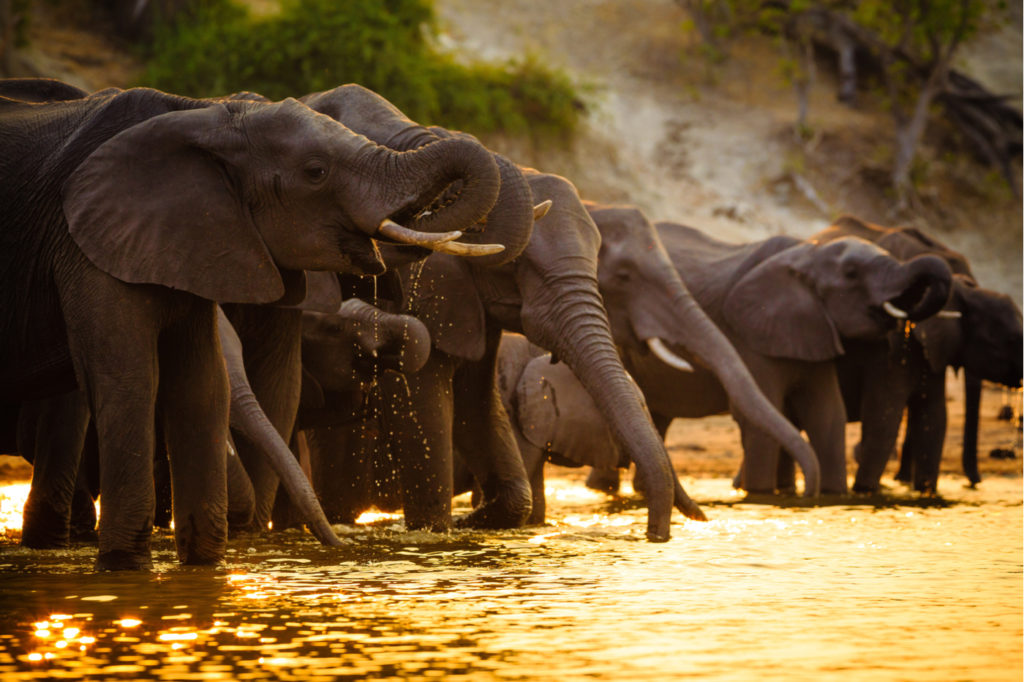 Chobe National Park has the distinction of being the country’s first national park located in the northeast part of the country. It is also the country’s most biologically diverse.

Chobe National Park extends across 4,500 square miles (11,700 sq. km) accounting for four different geographical regions. Chobe is one of the arguable elephant capitals in the world with a population that is estimated at over 50,000. It is believed to be the highest concentration of elephants in Africa, and part of the largest continuous surviving group of elephants. 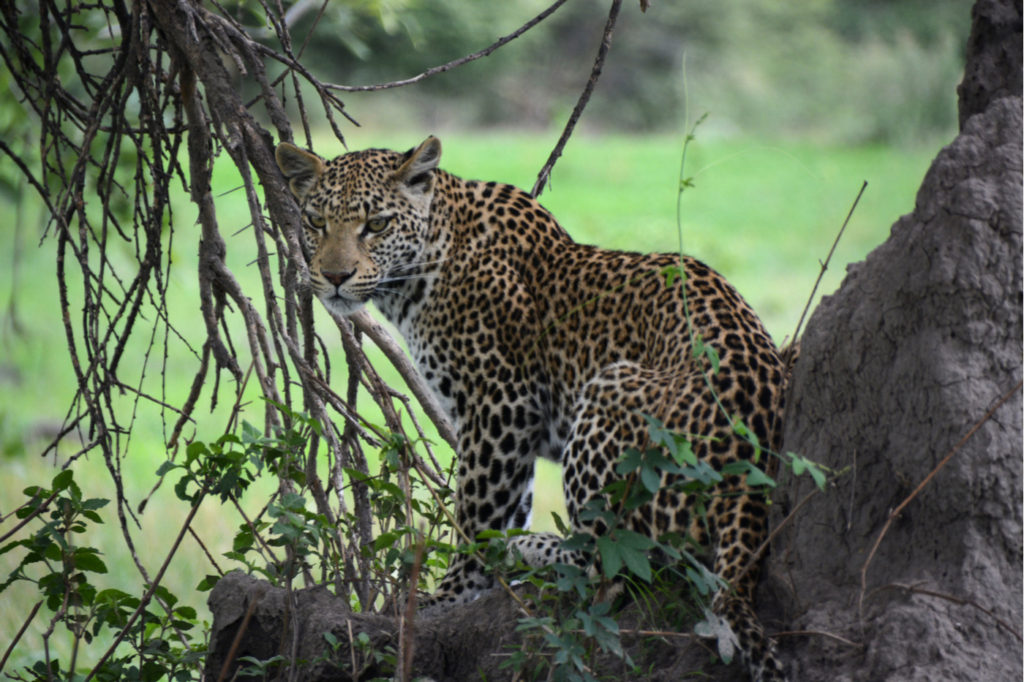 The Moremi Game Reserve lay along the eastern side of the Okavango Delta making it easy for travelers to experience multiple Wonders of Botswana during a single visit to the country.

Having a greater abundance of permanent water, the Moremi Game Reserve has some distinct contrasts to the Okavango Delta area. The game reserve extends across 1,900 square miles (5,000 sq. km) including mopane woodlands, acacia forests, floodplains, and lagoons. Birdwatchers have a chance to see approximately 500 species of birds. 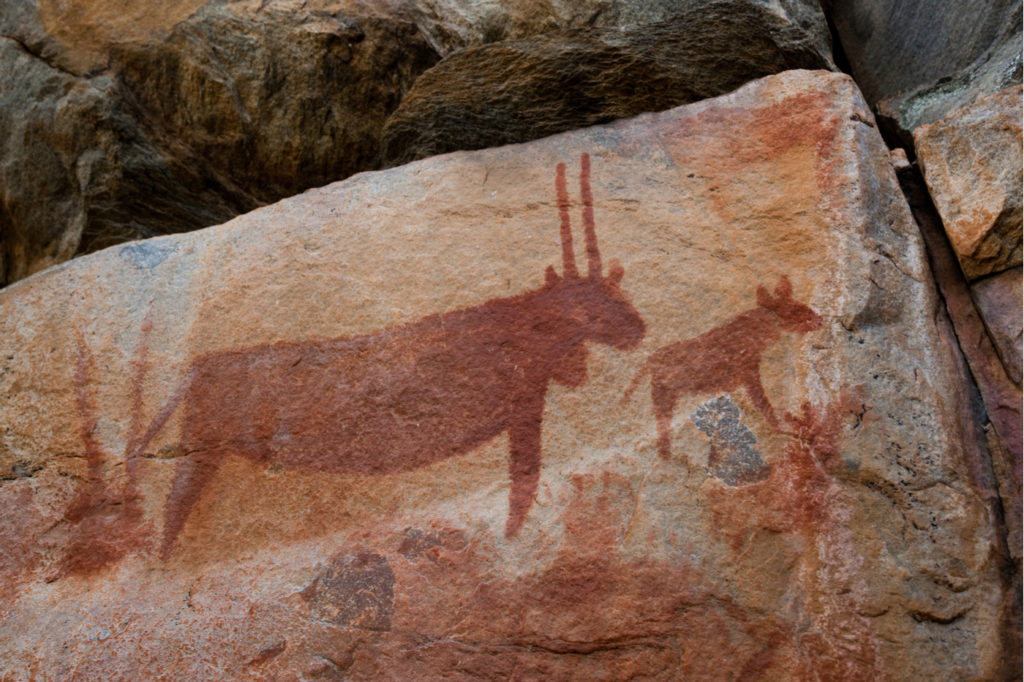 The Tsodilo Hills are one of Botswana’s attractions that gains its significance because of the influence of mankind. There are approximately 4,500 rock paintings throughout the site area reflecting the spiritual and religious significance of the area to the local people.

Tsodilo Hills is comprised of four main hills with three of them named, Male, Female, and Child. The fourth is not named. The “Male” hill is the highest of the four reaching a height of 4,593 feet (1,400 m).

The Tsodilo Hills art is comprised of red paintings which is abundantly seen throughout the site as well as white paintings. The white paintings are most prominent in the Male hill in the “White Paintings Rock Shelter.” This is one of Botswana’s most unique attractions and easily a wonder of Botswana.