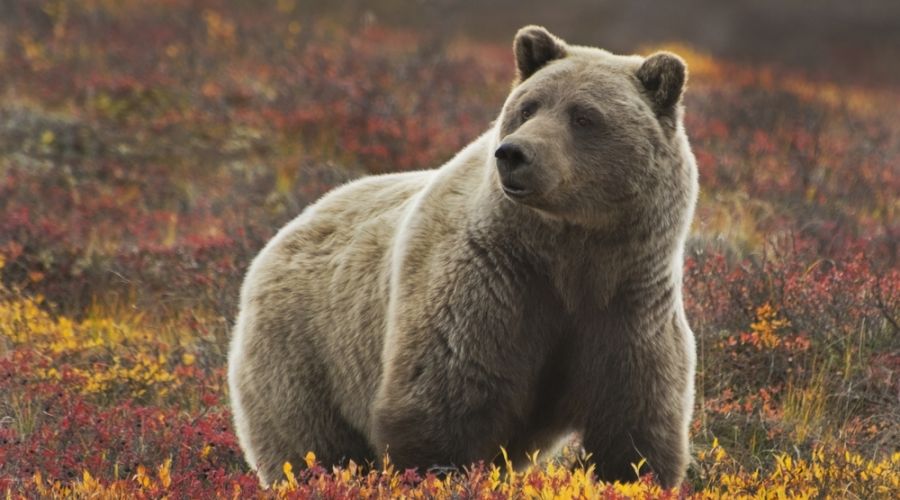 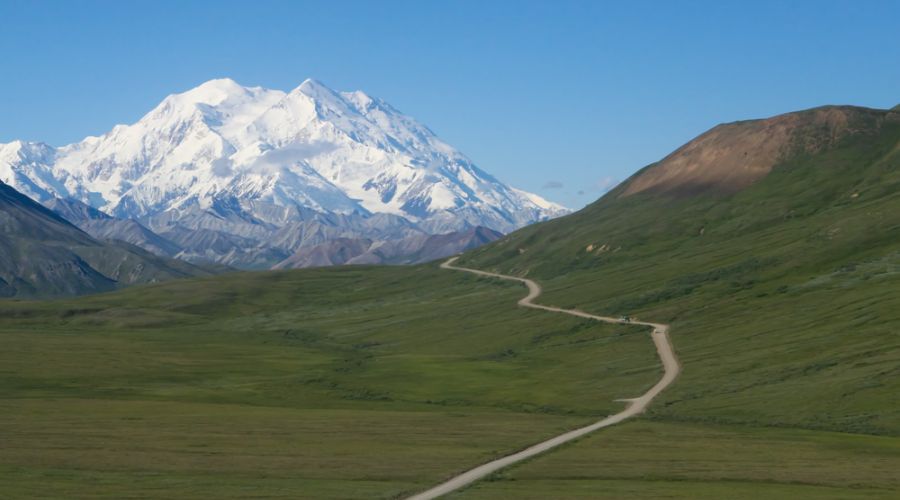 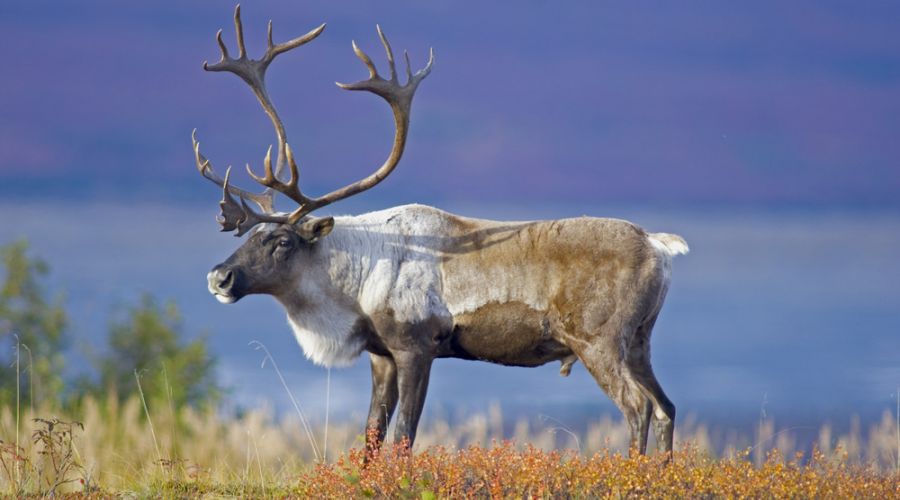 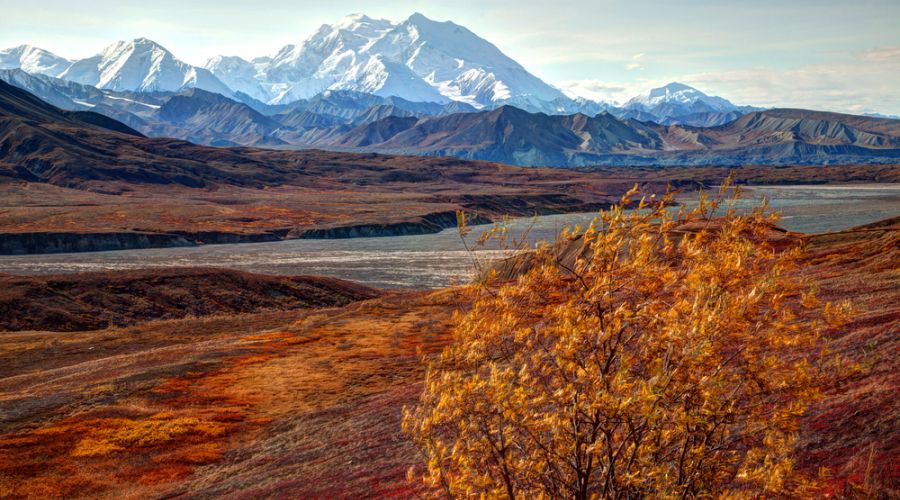 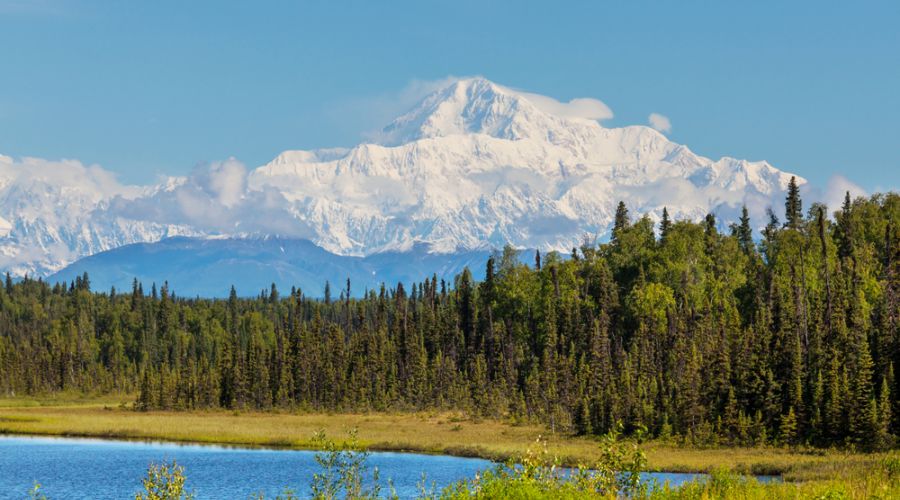 Mount McKinley is located in Alaska and is part of the Alaskan Range of mountains.  Locally, the name Denali means “the High One.”  The mountain is located within the boundaries of Denali National Park and Reserve.

You are invited to discover and explore Mount McKinley and Denali National Park and learn what makes it one of North America’s Seven Wonders of Nature.

Although some people suggest that McKinley has six different peaks, it really only has two significant summits.  The North Summit is the lesser of the two and reaches a peak of 19,470 feet (5,934 m).  The South Summit is the highest point reaching an elevation of 20,237 feet (6,168 m).

Denali National Park, home to Mount McKinley, extends across six million acres (24,500 sq km).  Mount McKinley is the iconic pinnacle of the park, however it is also famous for wildlife that includes grizzly bear, moose, reindeer, and timber wolves.

What are the best ways to see and experience Mount McKinley?

There are a few places where you can see Mount McKinley, but the primary way is through the Denali National Park access road.  Visitors are not permitted to drive their own vehicles.  Rather, travelers must make reservations with the park bus service,  There are a couple of different bus types, but the end result is the same.

Each bus will travel the Denali Park road stopping to view wildlife and key remote vistas.  Wonder Lake is the furthest point in the park and involves a six hour bus ride.  Eielson Visitor Center is the most popular destination, which provides a direct view of Mount McKinley.  The primary challenge with seeing Mount McKinley is visibility.  The mountain is visible only about 20% of the time during the summer months.

More adventurous and outdoor enthusiast can plan for hiking and backpacking in Denali National Park.  It is imperative to become educated on the wildlife and expectations of the park.  Visitors are also required to have a permit for overnight backpacking.  This type of adventure certainly provides one of the most intimate encounters with the nature of Denali National Park and Mount McKinley.

When is the best time to visit Mount McKinley?

The summer months of June through September are recognized as the high season and the best time to visit Mount McKinley.  June through August provides the months with the greatest concentration of wildlife.  September can still experience wildlife, but it will be more scattered.  However, September brings the fall foliage and the red and yellow carpet that blankets the valleys and hills of Denali National Park is stunning.

Mid July through most of August is when the salmon are spawning back up stream.  The grizzly bears are out in full storing up for the winter months.  Although, the salmon are not really near Mount McKinley, a trip to Alaska to see the mountain usually places visitors in the proximity of salmon activity.

The coldest temperature recorded was -75.5oF (-59.7oC) which occurred in the heart of winter, however the record cold in the month of July was -22.9oF (-30.5oC).  Knowing the temperatures can reach these kinds of lows, sure makes the having the 70s be a blessing.

The number one tip for photographers who are set on capturing images of Mount McKinley is to have patience and plan for multiple days in the park.  Since the mountain is only visible 20% of the time, there is no way you can play to see it.  It could easily require multiple days into the park and even then there are no guarantees.

If you are on the Denali Road and have any glimpse of Mount McKinley, should stop immediately and take pictures.  It could be socked in with clouds at any moment.

If you are a photographer and you have tips or insights for capturing images at Mount McKinley, please submit them to Seven Wonders through the Contact page.