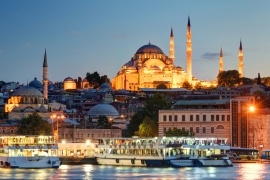 The Seven Wonders of Cities is an annual declaration of the best tourist destinations in the world. Recognizing that cities grow and change, the Wonder City distinction is determined annually to reflect those changes and trends.