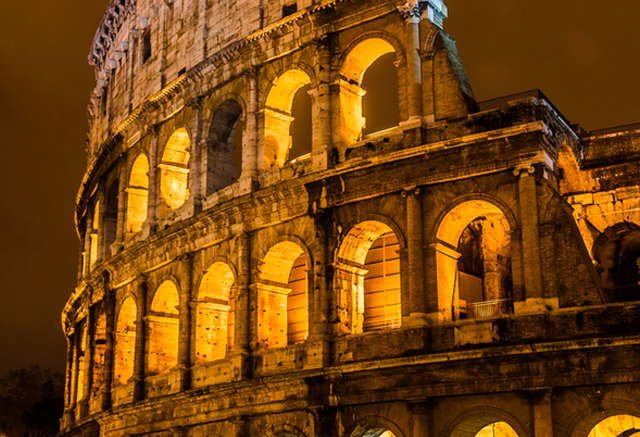 Here is the list of the official 7 Wonders of Europe. The list is presented alphabetically and has no bearing on comparative significance: 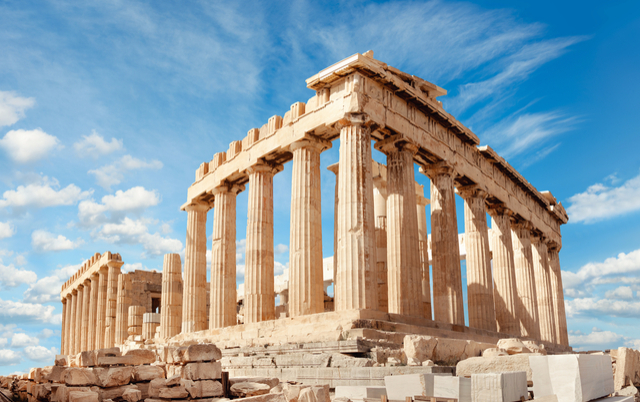 The Acropolis of Athens is only one of several acropoleis, however, it is so well recognized that it is often just referred to as “The Acropolis.” The Acropolis is actually a citadel that overlooks the city below. 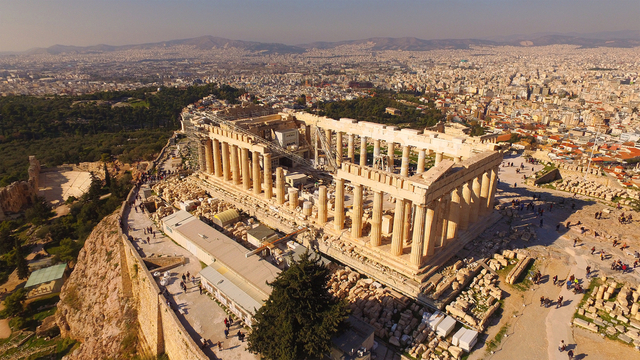 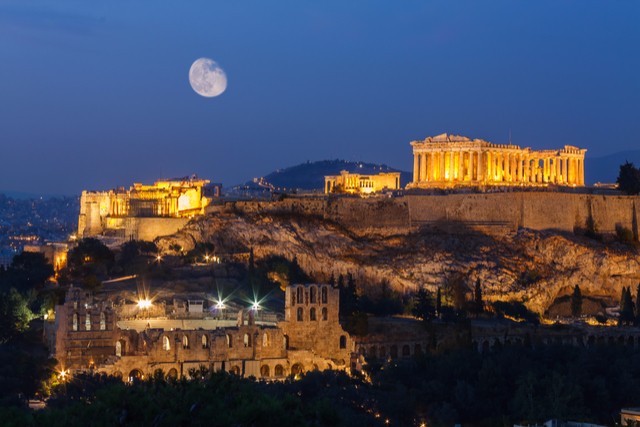 The most famous structure is the Parthenon, which is the iconic representation of the Greek culture and global influence. Construction was completed in 432 BC with the Parthenon measuring 98 feet (29.8 m) long, by 63 feet (29.8 m) wide, and by 45 feet (13.72 m) high. 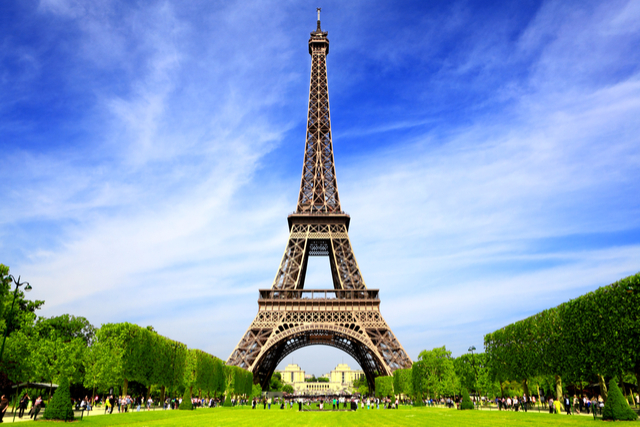 The Eiffel Tower is an iron lattice tower constructed between 1887-89 that was commissioned to serve as the gateway into the World’s Fair. It is one of the most globally recognized monuments in the world, and it is the most visited paid monument in the world with almost 7 million annual visitors. 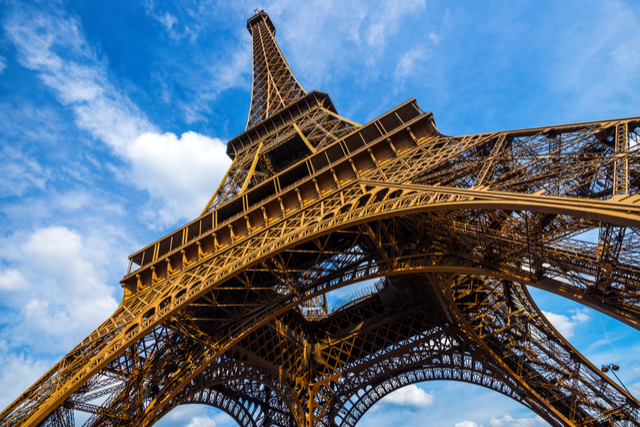 The tower is comprised of three levels with the upper level reaching a height of 906 feet (276 m) where it features an observation deck. It is the highest observation deck accessible to the public throughout Europe. 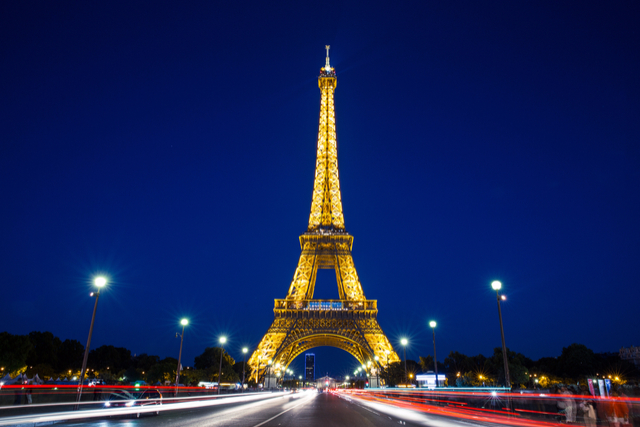 The iron of the Eiffel Tower weighs 7,300 tons, with the additional facets of the structure bringing the total weight to approximately 10,100 tons. The tower features two restaurants with Le 58 Tour Eiffel found on level one and Le Jules Verne experienced on level two.

Palace of the Parliament 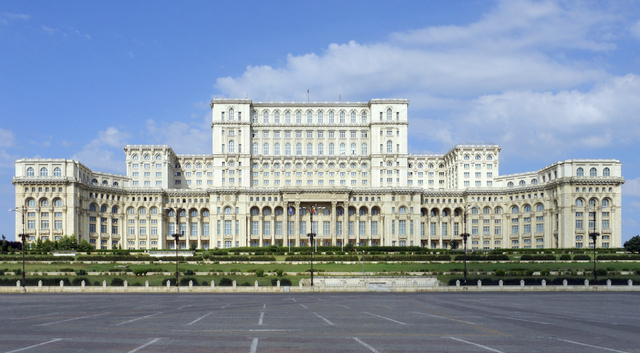 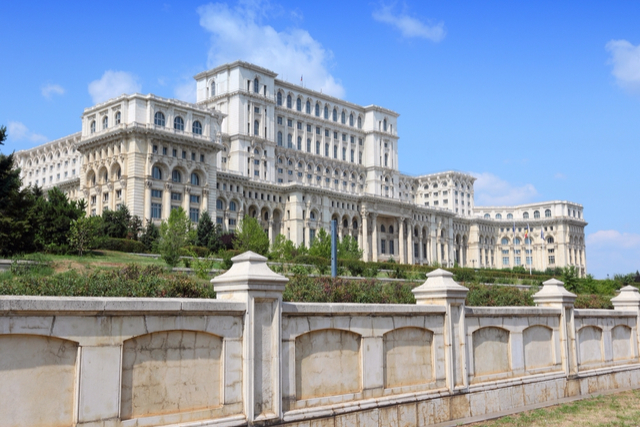 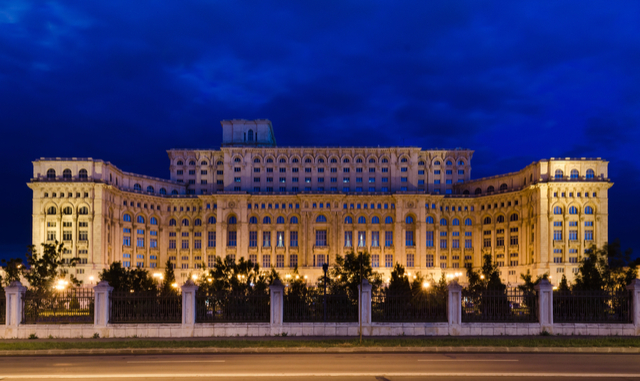 This incredible building is home to the Senate, the Chamber of Deputies, three museums, and an international conference center; it has become known as the People’s House. Unfortunately, 70% of the building is unoccupied. It costs $6 million a year for lighting and heating the building. At the time, it costs $3.4 billion (€3 billion) making it the most expensive administrative building in the world. 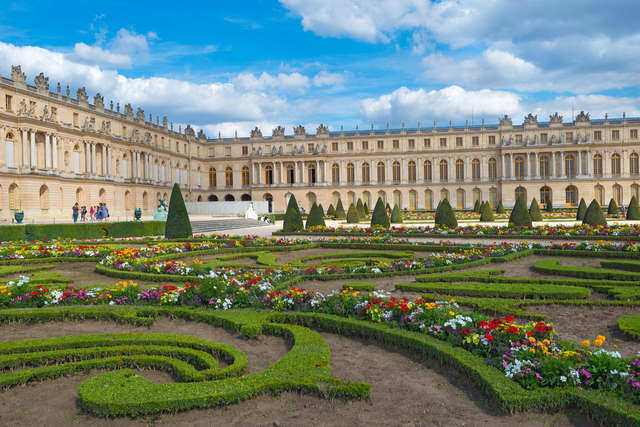 The Palace of Versailles is the world’s largest royal domain when considering the combined area of the palace and gardens. The surrounding grounds extend 87,728,720 square feet (8,150,265 sq m). The total property is 2,014 of which gardens account for 230 of the acres. 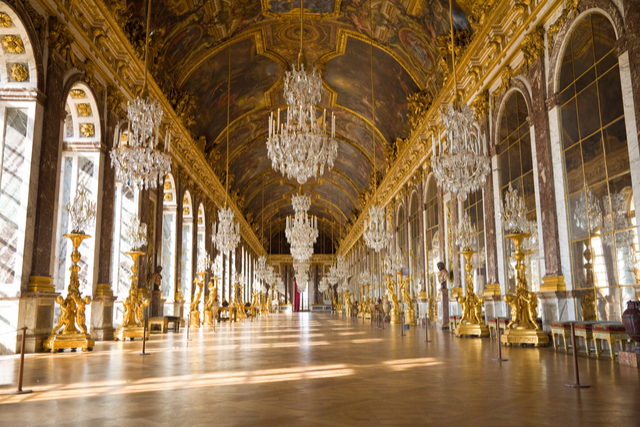 The Palace of Versailles measures 721,206 square feet (67,002 sq. m) of floor space. The place building is U-shaped with symmetrical wings ending at the Dufour Pavilion and the Gabriel Pavilion. The subsequent courtyard created within the U-shaped building is known as the Royal Court (Cour Royale). 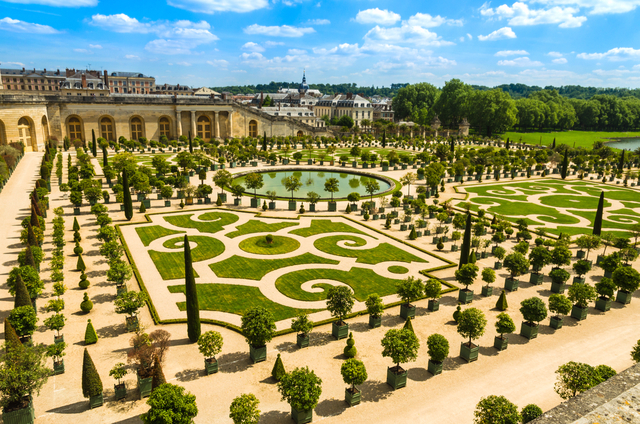 The Palace of Versailles is comprised of 700 rooms, more than 2,000 windows, 1,250 fireplaces and 67 different staircases. Now part of the Paris metropolis, the royal chateau is located 12 miles (20 km) southwest from the capital center in the Îie-de-France suburb. 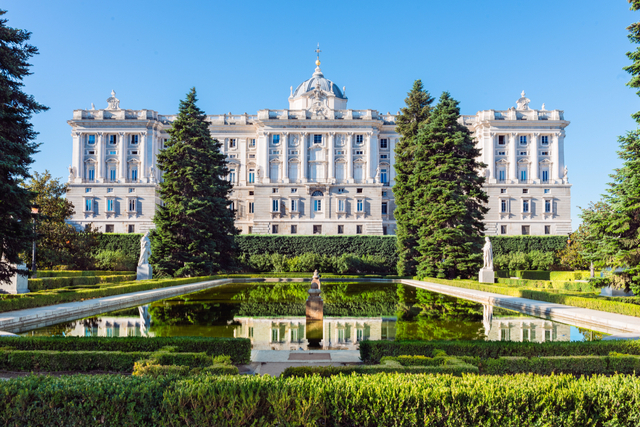 The Royal Palace of Madrid is highly regarded for its abundance of art as well as the array of varying materials used to construct and decorate the various rooms. It would be fair to say that the inside is priceless serving home to the Royal Armory of Madrid, as well as an abundance of silverware, porcelain, watches, antique furniture, and the world’s only complete Stradivarius string quintet. 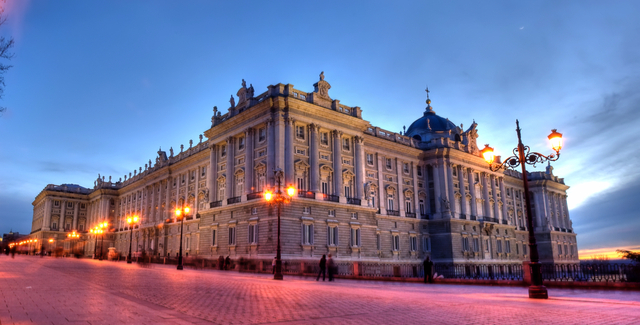 The Royal Palace of Madrid serves as the official residence of the royal family; however, the palace is only occupied for state ceremonies. For most of the time, the royal family opts to reside at the Palace of Zarzuela just outside Madrid. 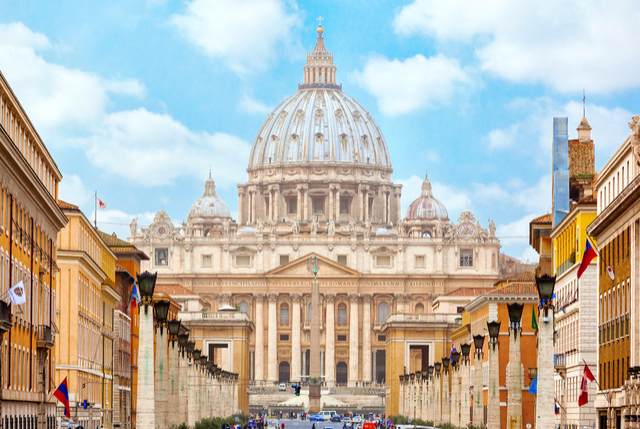 Vatican City, as a sovereign state, accounts for only 110 acres (44 ha) of area with a population of approximately 1,000 people making in the smallest state in the world. A designation that is earned for both area and population. 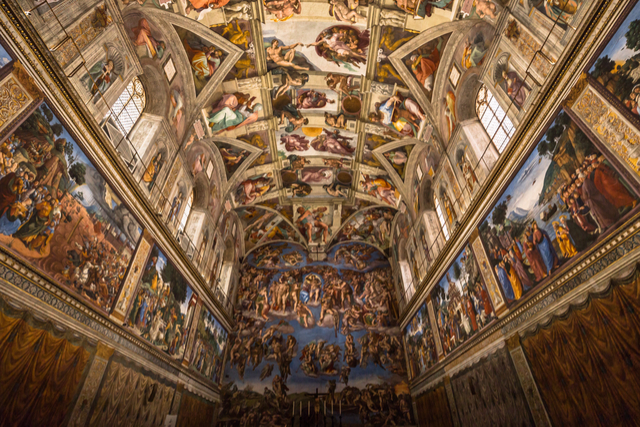 Vatican City is home to St. Peter’s Basilica, which is the world’s largest basilica. It is also home to the Sistine Chapel and the acclaimed paintings of Michelangelo. The gardens account for 57 acres (23 ha) making up most of Vatican Hill. The highest point of Vatican City is 200 feet (60 m) above sea level. 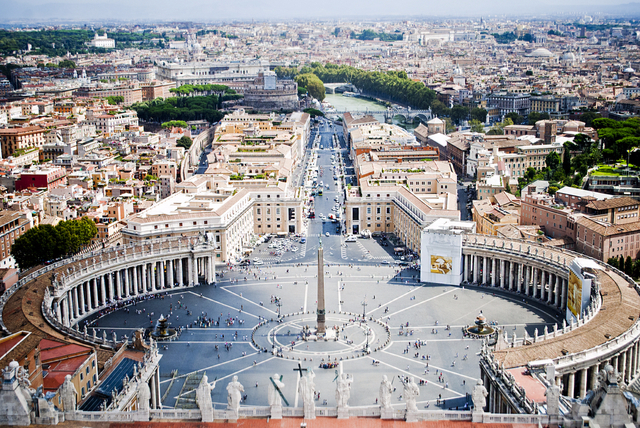 The Vatican museums have the largest collection of Christian artwork and artifacts from around the world. Although the cross or crucifix is the most recognized Christian symbol, Vatican City holds the title as the symbolic location representing the Christian faith. Christ and His work on the cross is the most influential factor influencing the majority of cultures around the world. 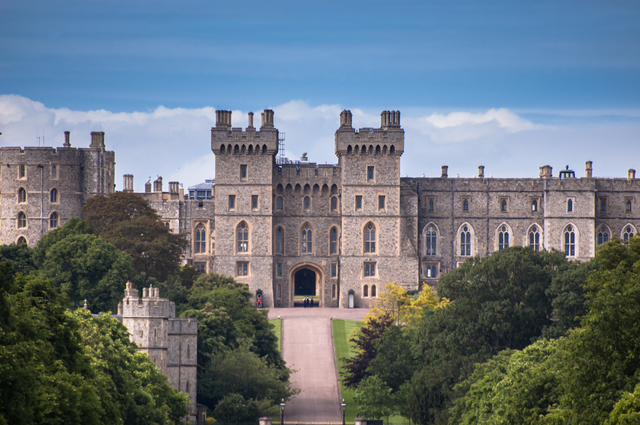 Windsor Castle is the epitome of royalty and what it means to be a castle. It is the residence for the British royal family. The castle was constructed in the 11th century, and starting with Henry I, it has been occupied by the reigning royal family making it the longest occupied palace in Europe. It is only royal castle that has been continuously occupied since the middle ages. 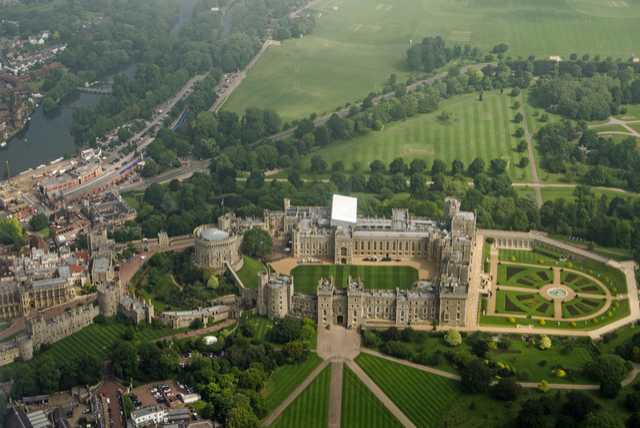 Windsor Castle sits among 13 acres (5.3 ha) and is comprised of facets that reflect a palace, a fortress, and a small town. The Grand Reception Room features Rococo design and is one of the most prominent parts of the castle. It measures 100 feet (30 m) long and 40 feet (12 m) high. 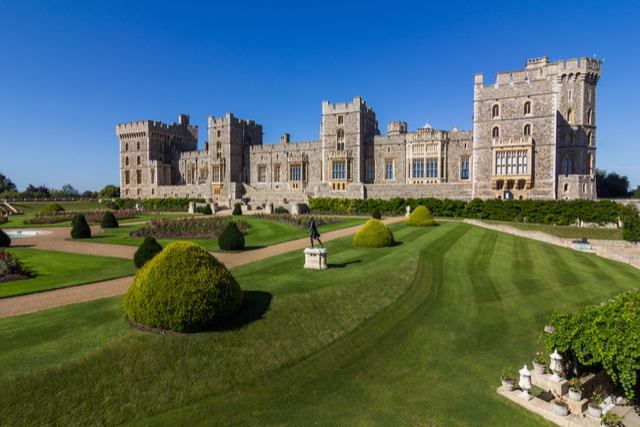 Windsor Castle is the largest inhabited castle in the world. The castle floor area measures around 484,000 square feet (about 45,000 sq. m). The castle has approximately 1,000 rooms. Over the years, the castle has served the royal family as home, official palace, garrison, fortress, and unfortunately as a prison. The castle has a number of dungeons that have housed prisoners over the years, of which some have been royal. Windsor – castle, residence, wonder!