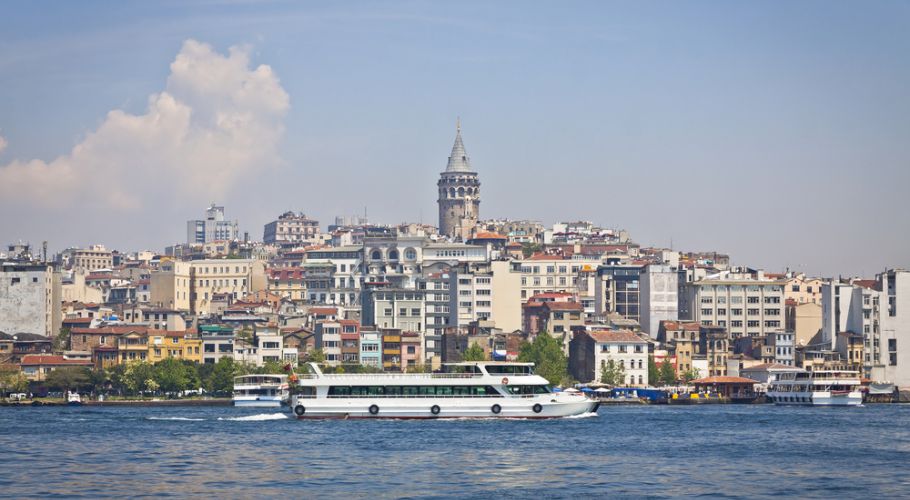 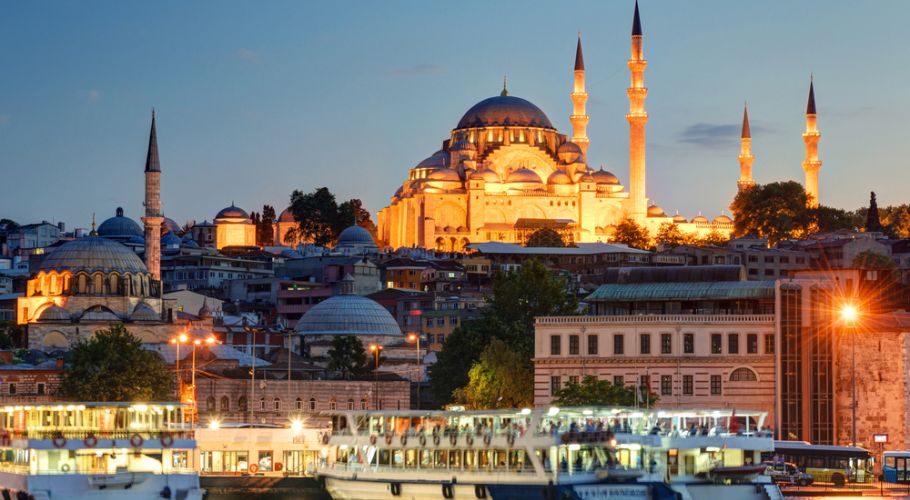 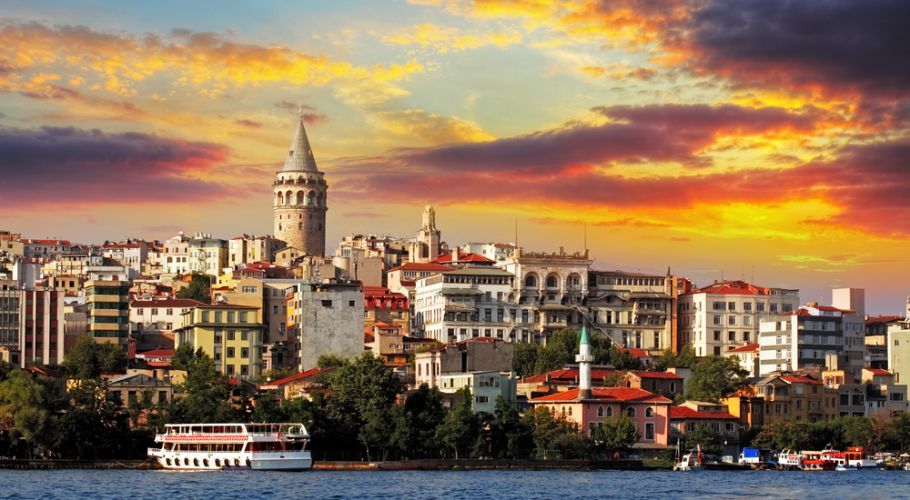 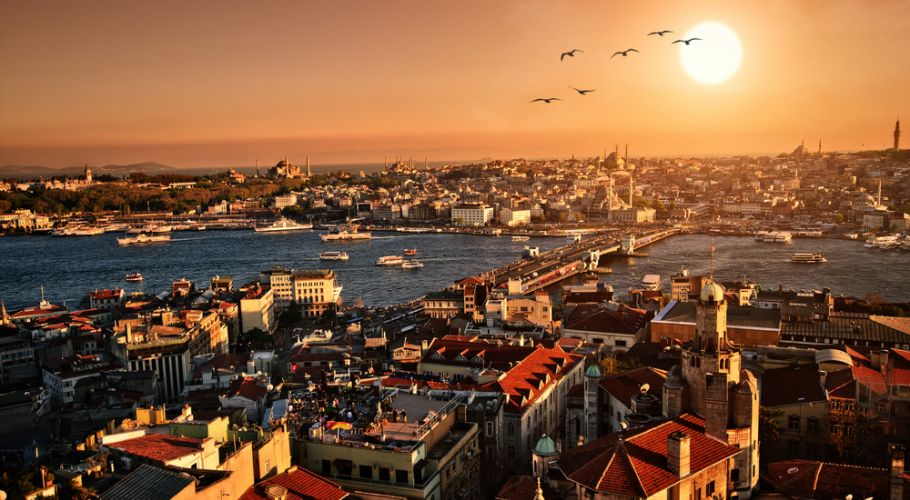 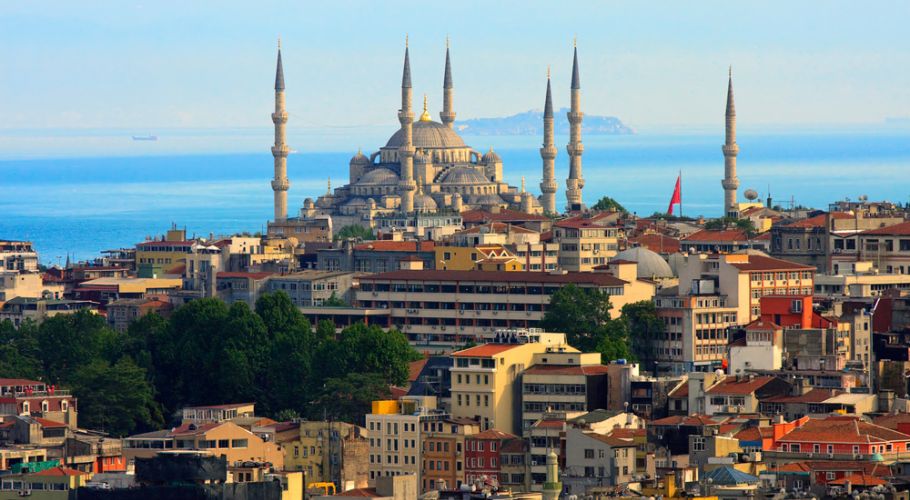 The original name of the city was Byzantium dating back to 660 BC.  The name Istanbul, which translates “to the city,” was officially adopted in 1930.

Istanbul is located in the northwestern park of Turkey extending across 2,063 square miles (5,343 sq km).  It is the 5thmost popular tourist destination in the world based on foreign visitors to the city.

There are over 11 million annual visitors to Istanbul making it the fifth most popular destination.

Istanbul is one of the most strategically located cities in the world serving as a gateway to Europe from Asia and to Asia from Europe.

Istanbul extends across 2,063 square miles (5,343 sq km) and serves as a transcontinental city with portions in Europe and portions in Asia.  Istanbul is a gateway city providing the doorway between the East and the West.  Railways traveling from Europe and Asia go through Istanbul.

The city sits on the Bosphorus, which is one of the busiest waterways in the world.  It is a waterway between the Sea of Marmara and the Black Sea.

Istanbul is home to an abundance of iconic landmarks that are arguable candidates for the Seven Wonders of Turkey in their own merit.  They represent the architectural history and culture of Turkey.

Istanbul differs from other metropolis cities in that it is almost void of any gardens or public parks.

Istanbul differs from other metropolis cities with foreigners accounting for only a small portion of the population.  Only 28% of the people living in Istanbul were originally from the city.

The majority of people in Istanbul identify themselves as Muslim.  This is split between the Sunni and Alevis with the majority following the Sunni practice.  The Patriarch of Constantinople is recognized as the leader of the world’s 300 million Orthodox Christians.

There are 64 mosques and 49 churches scattered across Istanbul.

Istanbul ranks 29th based on global gross domestic product (GDP) ranking of cities, however it is the fastest growing economy of any metropolitan area.  The city accounts for 27% of the country’s GDP.

There are 37 billionaires living in Istanbul.  The city accounts for two-fifths of the country’s tax revenue.  The city has a diverse industrial economy with a variety of commodities produced in the city.

As one of the busiest waterways in the world, Istanbul sees over 200 million tons of oil pass through the strait each year.

Istanbul University is the country’s oldest Turkish university.  Istanbul Technical University was established in 1773 as the Royal School of Naval Sciences.  It is the world’s third oldest institution dedicated solely to the engineering sciences.

The majority of higher education is sponsored and run by the government, however Istanbul does have a number of private and prominent institutions.  Robert College is the first modern private university, and the oldest American institution still in existence in its original location outside the United States.

Istanbul had historically been recognized as a cultural epicenter, until focus shifted towards Ankara.  During the 1980s and 1990s, Istanbul began rising again and reestablishing itself as the globally recognized art center.  Today, Turkish, European, and Middle Eastern artists make their way to Istanbul.

Shopping is one of the most popular activities for tourists visiting Istanbul.  There are an array and abundance of shopping venues.  The Grand Bazaar is one of the world’s oldest and largest covered markets.

The Mahmutphasha Bazaar is market that extends from the Grand Bazaar and the Egyptian Bazaar.  It is an open-air market, but is renowned as a spice market.  Istanbul Cevahir is a modern shopping mall that has received the distinction of being one of the continents largest and best malls.

Istanbul is home to six basketball teams and two international competing football teams.  The Sinan Erdem Dome is one of the largest indoor arenas across Europe.  The city has been bolstering the sporting venues in an effort to win the honor of hosting the summer Olympics.

Although the majority of state-run media is based in Ankara, Istanbul is major hub of Turkish media.  Most nationwide newspapers and periodicals are headquartered in Istanbul.  Zaman was established in 1986 and today is the country’s most widely circulated newspaper.

The most popular radio stationed is based in Istanbul.