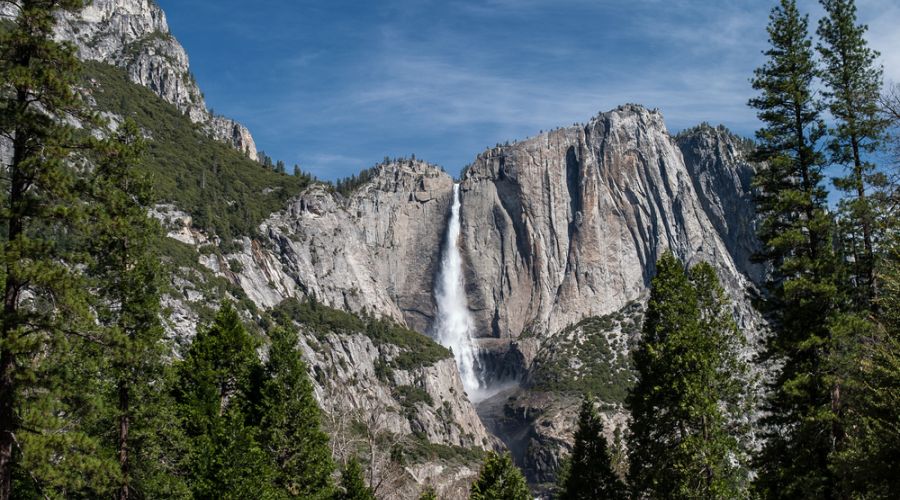 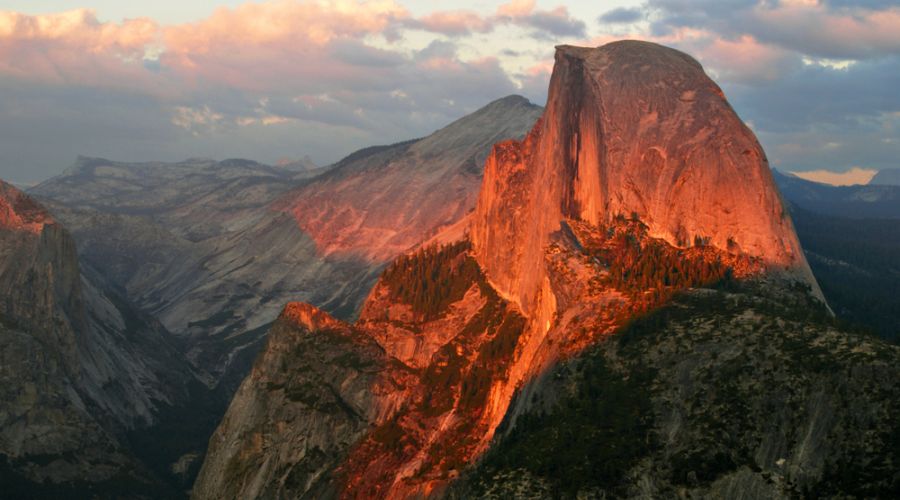 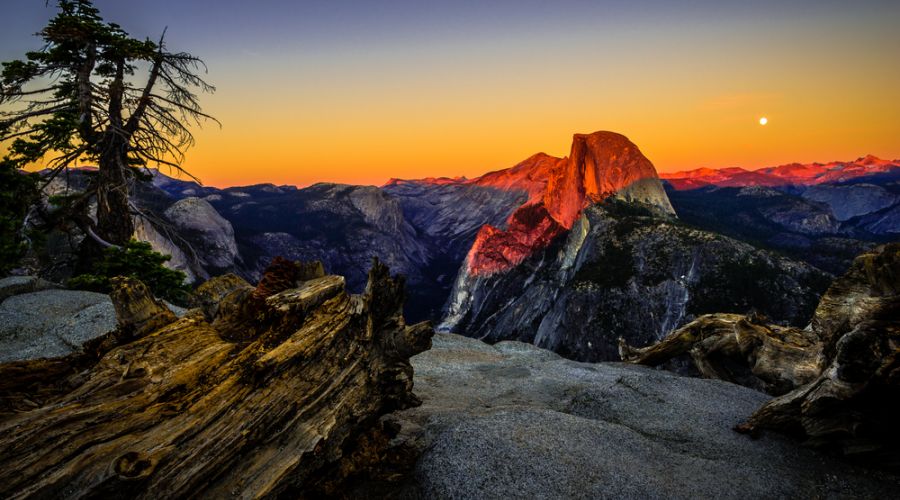 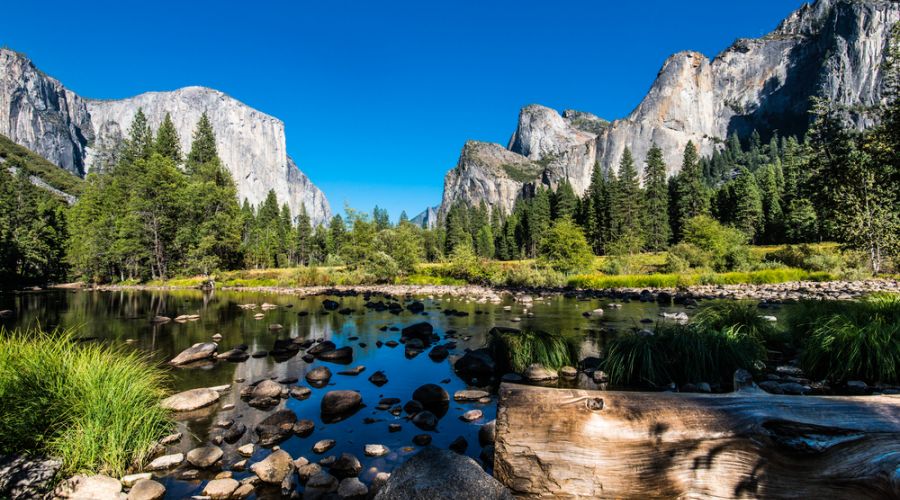 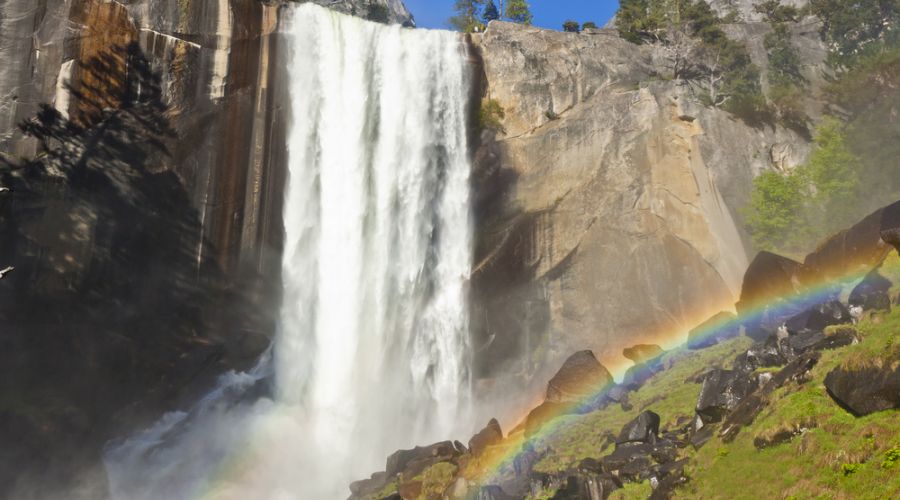 You are invited to discover and explore Yosemite National Park and learn what makes it one of North America’s Seven Wonders of Nature.

Yosemite National Park is home to hundreds of species of mammals, reptiles, fish and birds.  Some of the more notable include black bears, cougar, dear, and gray fox.  One of the more prominent and intriguing facets of Yosemite is the groves of Giant Sequoias.

What are the best ways to see and experience Yosemite National Park?

Without a doubt, the best way to see and experience Yosemite National Park is through camping and hiking the various trails that provide visitors with stunning views of mountains, valleys, waterfalls and more.  The park features of 800 miles (1,300 km) of trails which vary in difficulty.  Yosemite is divided into five sections which include: Yosemite Valley (most popular), Wawona/Mariposa Grove, Tuolumne Meadows, Htech Hetchy, and Crane Flat/White Wolf.

Overnight backpacking is permitted and provides visitors with a more intimate encounter with nature.  Permits are required along with bear resistant food storage.

Rock climbing is available throughout the park with Yosemite being a popular destination for climbers.  This is the more adventurous activity within Yosemite, but for those that venture into granite monoliths, they are rewarded with amazing and stunning views of Yosemite Valley.  El Capitan, as the largest granite monolith in North America, is one of the most popular climbing destinations.  The primary reason is because of the variety of routes that it affords climbers in the ascent.

When is the best time to visit Yosemite National Park?

Although the park is open year round, much of the park closes as the fall ushers in snow making many parts of the park inaccessible.  The best time to visit Yosemite is during the summer months of June through September.  Temperatures are most comfortable for hiking and enjoying the outdoors, although Yosemite Valley can get hot reaching temperatures around 90oF (32oC).

The drawback to this peak season is the crowds.  Yosemite is one of the most popular nature destinations in North America and that popularity brings people.

The month of May can be a bit chilly, but spring is present and with flowers, new life and other blooms.  There are fewer people making it easier to engage nature on a more personal manner.  Similarlly, late September and October brings the fall foliage.  Combine with the mountain backdrops, this makes for some stunning views.  There are also fewer visitors during this time of year.  However, it is important to note that temperatures can get cold particularly with any climb in elevation.

The summer months can easily experience afternoon rains or thunderstorms, but these usually clear out fairly fast.  A nice thunderstorm with lightning across the granite monoliths and Yosemite Valley can be a stunning encounter with nature.

The winter months bring snow and temperatures below freezing throughout the day.  The park receives over 100 inches of snow in a month easily during the winter months.

Photographers should plan for a variety of lenses when capturing the variety of photographic opportunities Yosemite provides.  A telephoto or zoom lens is a necessity for capturing wildlife and bringing some of the various falls closer at different view points.  A good monopod is useful for both photography and navigating the uphill hikes.

If you are a photographer and you have tips or insights for capturing images at Yosemite National Park, please submit them to Seven Wonders through the Contact page.