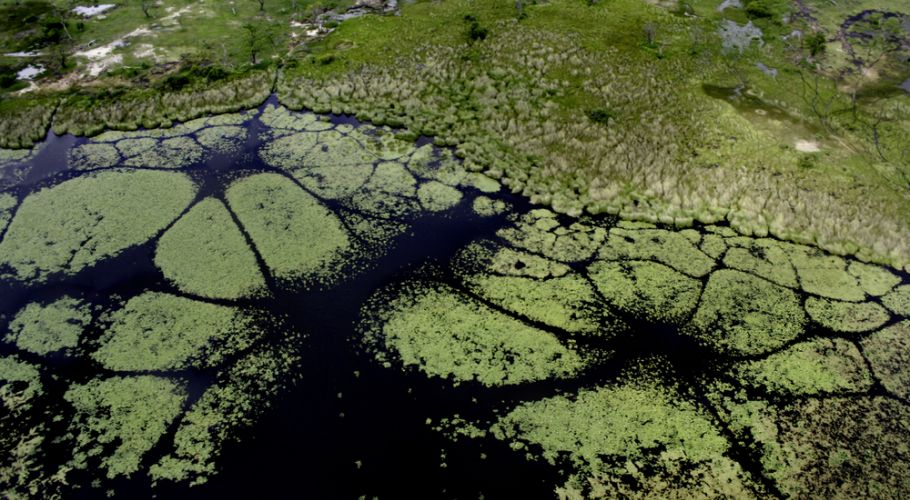 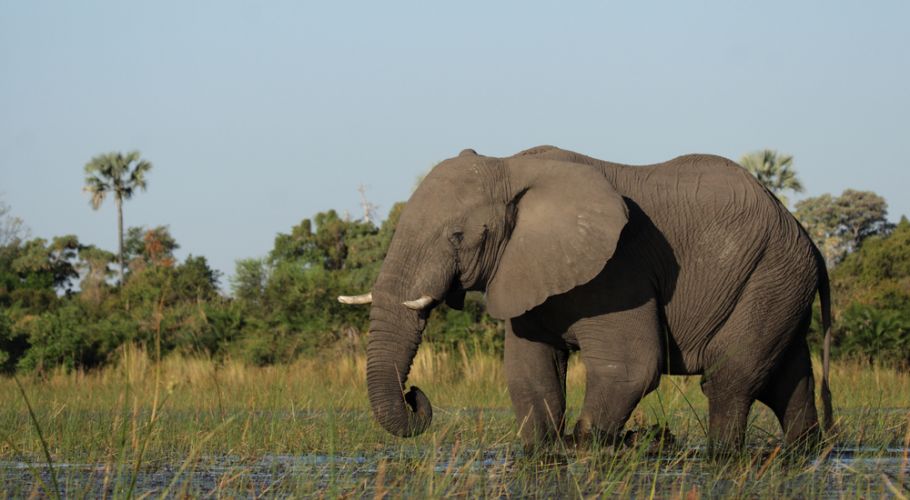 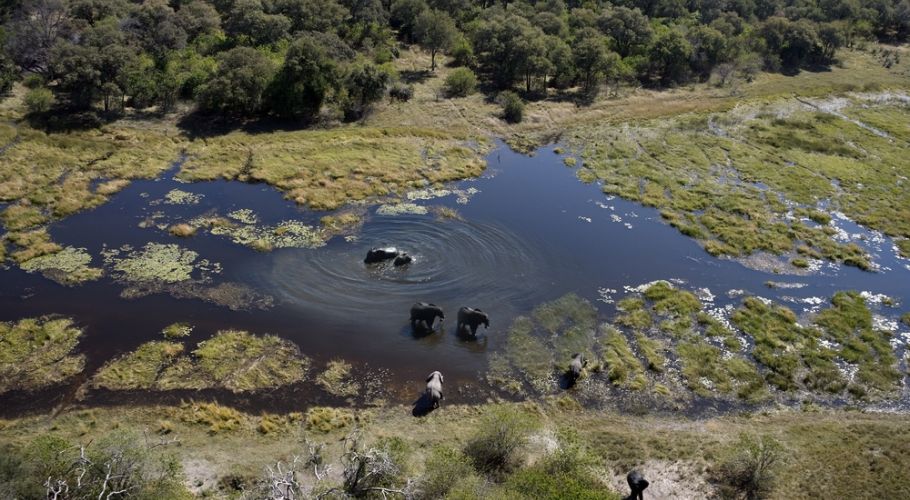 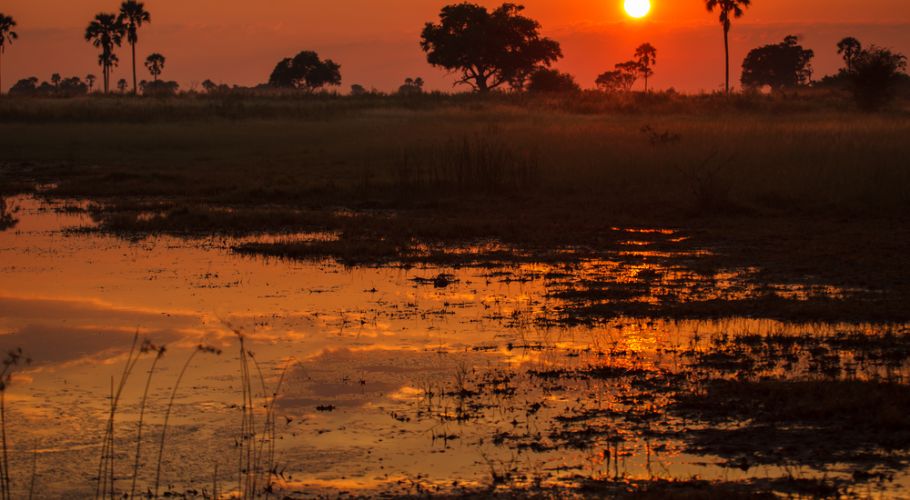 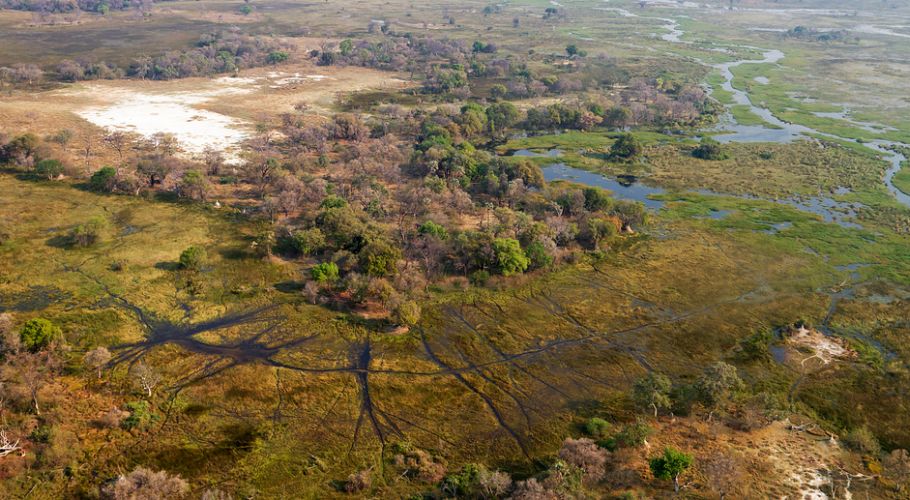 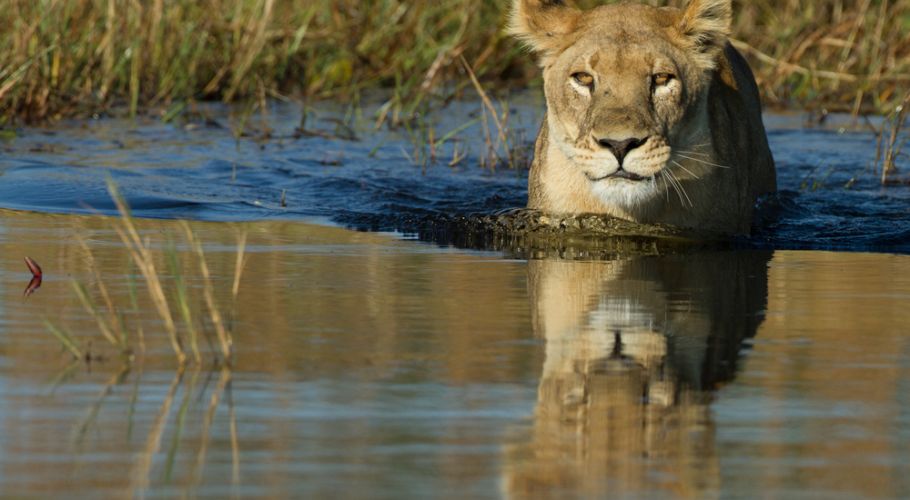 The Okavango Delta is an inland delta located in the country of Botswana.  The delta extends across an area of 2,315 to 5,791 square miles (6,000 to 15,000 sq km).  Approximately 2.64 cubic miles (11 cubic km) of water enter into the delta annually.  That delta water grows during the rains in the highlands of Angola between the months of January and February.  It then pours into the Okavango Delta between the months of March through June.

The Okavango Delta has been argued to be the largest inland delta in the world, however this is not the case.  There are two larger inland deltas located in Sudan and Mali, however these have been destroyed with war, mining, and poaching taking away their natural significance.

Following the declaration ceremony on February 11, 2013 in Arusha, Tanzania, Dr. Phillip Imler, President of Seven Wonders expressed concerns, “The Okavango Delta is a nature haven that must be protected so that it does experience the same demise that has occurred with other African inland deltas.”  Learn more about what makes the Okavango Delta one of the Seven Wonders of Africa.

What makes the Okavango Delta a natural wonder?

Statistically speaking, the Okavango Delta has been argued to be the largest or at least one of the largest inland deltas in the world.  The delta accounts for 5,791 square miles (15,000 sq km) of Botswana and the delta basin.  Although not the largest delta in Africa, it is the largest delta that has not been ravished by war, mining, and poaching making it one of the best wildlife wonders in Africa.

Adding additional statistical significance, the delta receives around 2.64 cubic miles (11 cubic km) of water annually.  The water entering the data either evaporates or transpires with only 2% exiting into Lake Ngami.  The delta is extremely level with less than six feet of variation in elevation.

The flood waters peak between June and August, which is known as the dry months for the country of Botswana.  This brings thousands of animals from various parts of Africa creating one of the most intimate and concentrated collections of wildlife.  It is this reality, missing from the other deltas, that combines with the size that earned Okavango Delta “natural wonder” status.

The wildlife of Okavango Delta provides visitors with an opportunity to experience the Big Seven: Elephant, Rhino (both black and white), Lion, Leopard, Buffalo, Hippo and Crocodile.  Additional predators include cheetah, hyena, and wild dog.  The African wild dog is rare, however Okavango Delta has one of the most thriving populations in all of Africa. Other notable wildlife include giraffe, kudu, sable, and zebra.  Bird lovers will be enthralled with over 400 species of birds including the spectacular African Fish Eagle.

What are the best ways to see and experience the Okavango Delta?

The best ways to see and experience the Okavango Delta is through safaris across the delta.  Mokoros, canoe like watercraft, are dugout boats that navigate the waterways of the delta by use of pole.  This quiet and tranquil mode of transportation provides one of the most intimate and common delta experiences.

Most people think of safari 4×4 when considering going on a safari, however that is not the primary mode chosen by those who love Okavango Delta.  The mokoros noted above provide visitors with face to face encounters with the wildlife who use the delta as their personal watering holes.

Visitors should also plan to take a helicopter excursion that highlights the size and expanse of Okavango Delta.  Although less intimate of wildlife encounters, a helicopter tour can reveal the abundance of wildlife in the delta.

The floods begin entering into the delta in March and continue over the next four months.  The flood waters peak during the months of June, July and August.  The months of December, January and February are hot with temperatures nearing 100oF (40oC).  These months are also wet with the limited rainfall that Botswana and the delta area experiences.  This means the humidity is really high.

The rains depart for the cooler months between June and August.  Temperatures are closer to 82oF (28oC) during the day creating a comfortable time for safari, but the evenings can get rather cold.  October is the hottest month with temperatures exceeding 100oF (40oC).

When is the best time to visit the Okavango Delta?

Without questions, the best time to visit Okavango Delta is during the months of June, July and August.  The temperatures are the most comfortable for getting out and experiencing the delta.  These temperatures make it much easier to be exposed on the mokoros as you navigate the delta waters.

Photography Tips for the capturing the Okavango Delta

Photographers will ideally have a long lens for capturing wildlife and bringing it closer to the eye.  A wide angle lens can be used to help capture the expanse of the delta.  A wide range telephoto, like the 18 to 200 Nikkor, is a great lens for use on the mokoros.  These are small dugout boats, and changing lenses and camera equipment can be more challenging.  Having a multipurpose lens is the best recommendation for an easier photographic experience.

As with most photography, early morning and late afternoon safaris provide for the better and softer lighting.  However, if this is a once in a lifetime encounter with Okavango Delta, you don’t want to pass up on opportunities to explore the delta and experience all she has to offer.