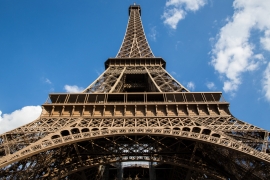 The Seven Wonders of Cities is an annual declaration of the best city tourism destinations in the world.  As noted above, the first collection of winning cities drew upon a variety of statistical factors, travel polls, iconic landmark representation and a few other characteristics.  You were in charge of which cities won for 2015.  Five of the original winners were there again, however there were two newcomers to the list for 2015.

Congratulations to each of these Seven Wonder Cities with a particular warm welcome to the two new cities of Tokyo and Singapore.  Voting for the Wonder Cities of 2016 starts today, so after discovering the winners of 2015 take a moment and make your voice known with a vote for 2016.

Your next step:  Vote for the Wonder Cities of 2016.  Share, Tweet, Pin and spread the word getting friends, families, and your community involved to help determine the winners for 2016.  Vote Here.

New York City was founded in 1624 and was originally named New Amsterdam.  The name changed in 1664 when the city fell under English control with the city serving as the capital of the United States between 1785 and 1790.

London was founded by the Romans, and was given the name Londinium.  The name London started serving as the name in the 19 th century.  It is the capital city of England and the entire United Kingdom.

The first inhabitants of the city are dated back to 7500 BC.  Then name “Paris” comes from the historical residential Celtic tribe group known as the Parisii, with the early name being Lutetia of the Parisii or Lutetia for short.  Julian the Apostate renamed the city to Paris in the early 360s.

Tokyo is the capital of Japan, and as Tokyo Metropolis, it is one of the 47 prefectures of Japan.  Tokyo serves as the location for the Japanese government as well as the Imperial Palace which is home to the Japanese Imperial Family.

Captain Arthur Phillip founded Sydney in 1788 at Sydney Cover as the original British territory within the Australian continent boundaries.  No other iconic or wonder city can claim their origins as a penal colony.

Singapore, an island country, is a sovereign city-state.  Located at the southern tip of the Malay Peninsula, the city-country island is surrounded by approximately 60 other smaller islands that comprise together to form the country of Singapore.

The original name of the city was Byzantium dating back to 660 BC.  The name Istanbul, which translates “to the city,” was officially adopted in 1930. Istanbul is located in the northwestern park of Turkey extending across 2,063 square miles (5,343 sq km).  It is the 5 th most popular tourist destination in the world based on foreign visitors to the city.